An interdisciplinary dialogue between art and physics, co-designed and curated by Ingrid Koenig, Margit Schild and Elvira Hufschmid

Koenig, Schild & Hufschmid were named Artists-in-Residence at TRIUMF (Canada’s National Laboratory for Particle and Nuclear Physics) from 2011 – 14. With funding from the Goethe Institute, we launched an arts and science project called RAW DATA. Artistic Transformation – a pilot project for an international venture. In Fall 2012 a physics problem was presented through a six hour workshop to a group of artists from four aesthetic media: sound, body, text and image. Within a three-week timeframe, this first group of artists responded to the formulated science problem through their own discipline. Then through the outcome of a “bird lottery” the artwork was passed on to a second group of artists without revealing the nature of the physics problem. In response to the artwork, after another three weeks, the second group had completed their responsive work. During the exhibition of works and performance, a public workshop was held where physicists interpreted this “artistic data”, some of who did not know the original physics problem, until it was later revealed. We found that this model of collaboration generated a collective, creative field that wove art and physics into a fabric of associations worthy of further investigation. 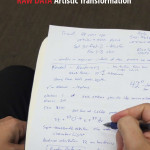 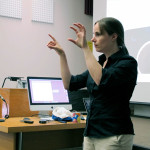 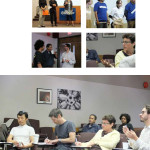 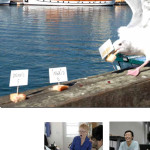 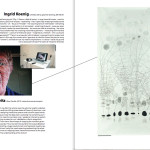 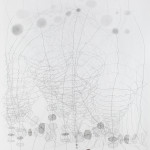 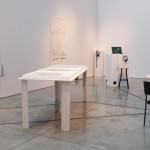 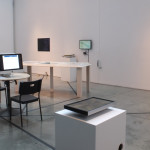 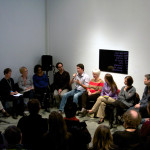